Microfinance makes sense for Luxembourg too! 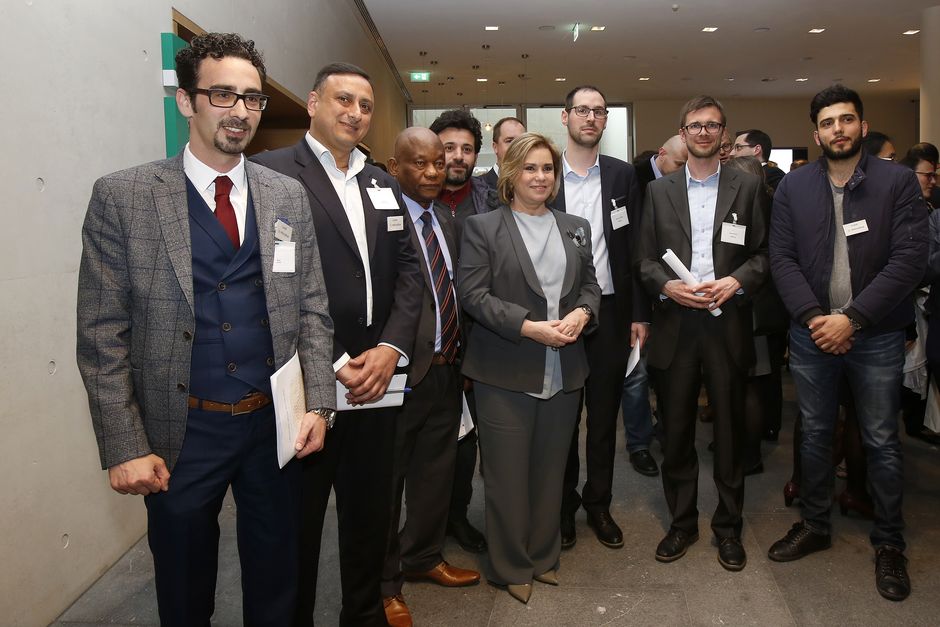 On Wednesday 5 April 2017, the microlux shareholders, BGL BNP Paribas, ADA (Appui au Développement Autonome), ADIE (Association for the Right to Economic Initiative) and its partner the EIF (European Investment Fund), were delighted to host the official launch of the first microfinance institution active in Luxembourg.The Chairman of the Management Board of BGL BNP Paribas, Carlo Thill, and the Chairman of the Board of Directors of microlux, Rémy Jacob, welcomed a large number of attendees. High-profile individuals from Luxembourg and Europe attended the event, which was symbolically important for the country. These included, in particular, Her Royal Highness the Grand Duchess of Luxembourg, Ministers Corinne Cahen and Nicolas Schmit, the Vice-President of the European Investment Bank (EIB) Pim van Ballekom and the Deputy Chief Executive of the European Investment Fund (EIF) Roger Havenith.

To coincide with the official launch, microlux and the EIF signed a microfinance guarantee agreement as part of the European Union Programme for Employment and Social Innovation (EaSI), whereby a certain percentage of unpaid loans will be repaid.

Microfinance makes sense for Luxembourg too!

Now the largest market by volume for microfinance investment funds, Luxembourg is also facing a need for microfinance on its domestic market linked to growing social inequality and the difficulties associated with accessing traditional bank loans.

Her Royal Highness the Grand Duchess stated that “the creation of the first microfinance institution is an important step for the Luxembourg economy. It is also a momentous occasion for those who, like me, have always been convinced that microcredits were one of the most effective instruments for tackling poverty and social exclusion, including here in Luxembourg. Microfinance is a welcome development in Luxembourg, where it gives every individual the chance to launch a business venture, whether they are poor, marginalised or excluded from the banking system.”

François Bourguignon, former Vice President of the World Bank and now a professor at the Paris School of Economics, shed light on the growth of social inequality in Europe and Luxembourg in recent years. “Negative effects on the functioning of the economy and social cohesion lead to the collapse of democratic models, as we are seeing today,” he explained.

Maria Nowak, founder-chair of ADIE and a leading expert in microcredit in France and Europe, spoke about the opportunities that access to microfinance creates for tackling such inequalities. “I believe that the opportunities on offer to the poorest individuals to impact circumstances remain limited. What they can do, however, is take control of their own destiny.”