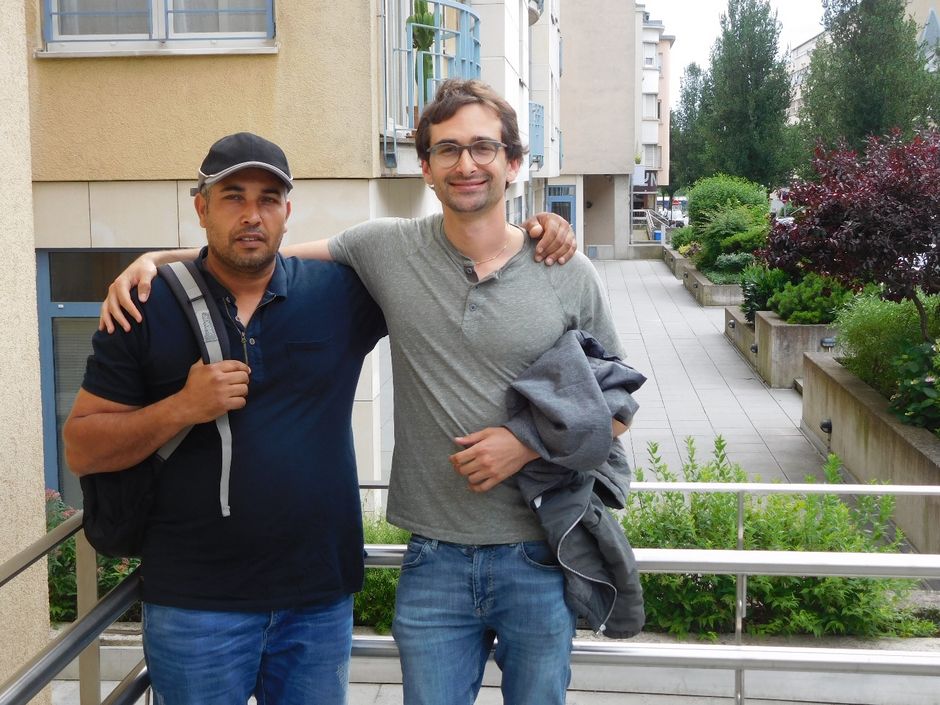 Hatm Almshaal shares with us his unique story, one of a Syrian refugee who chose the path of entrepreneurship. It is through the partnership with Touchpoints, a non-profit organization, that Hatm has been able to overcome the difficulties of business creation in a foreign country.

Touchpoints was created to help the integration of refugees in Luxembourg through entrepreneurship. The economic and social inclusion comes, for a big part, from professional integration. Touchpoints and their project “Sleeves Up” focus on informing refugees about business creation.

Hatm comes from an agricultural background in Syria and worked in the fields of gardening, agriculture and construction in Syria and Lebanon for more than 7 years. Arriving in Luxembourg in 2015, he meets a woman from the Red Cross who suggests him to work as a gardner. It is the triggering event that makes him determined to open his own gardening business in which he would employ other refugees and become a team manager. Hatm is then put in contact with Jordan from Touchpoints in order to guide him through the steps of business creation.

Touchpoint supported his project and helped him become what he is now, a resourceful entrepreneur. The association played the role of an intermediary between Hatm and the Luxembourgish actors in entrepreneurship. Jordan supported Hatm in the process of business creation. Together, they assembled the documents needed and found a working place. His gardening company is now officially active thanks to the financing of microlux.

If Hatm was lucky to find a dedicated figure speaking his language, Jordan wants us to remember that it is Hatm himself who made his professional integration possible. Being very active, dynamic, resourceful, working for free, his expertise and skills began to be noticed in the Luxembourgish community. Even though the competition is strong and very professionalized, he keeps a very positive mindset and is today very optimistic about the future. Having new projects in mind, he wishes to expand his company, team and client network in the future.

After having lived 3 years in Luxembourg, Hatm has learnt some English. However, the language barrier was the first obstacle he met in Luxembourg. Another aspect Hatm had to learn to work with is the cultural difference existing between Syria and Western Europe. A flagrant example is the attitude towards pricing. Fixing a price is tougher than it looks. If one client finds his prices cheap, the next one considers them too expensive. Finding a satisfactory intermediary is certainly not an easy task. “People tend to not realize the costs generated by gardening businesses”, explains Hatm. He, however, does not consider the culture of pricing as a barrier to his business but rather as an interesting cultural difference.

You want an advice from a qualified entrepreneur? The key lies in the level and the quality of the work, the reasonable price and the credibility of the entrepreneur.